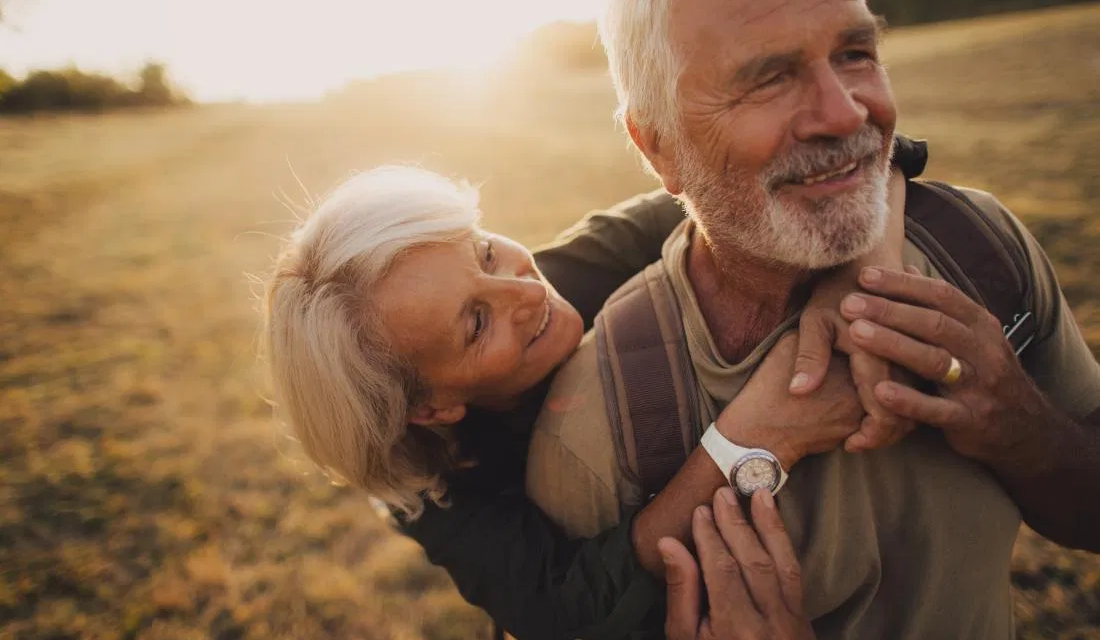 The prostate plays a huge role in men’s health. The reason: prostate problems are very common, especially in old age. From age 70, prostate change is more the rule than the exception. This is often not a cause for concern, but the prostate can cause unpleasant symptoms. Continue reading and find out everything you need to know about this small organ in the male body, what diseases and complaints occur, and, above all, what diagnostic and treatment options are available.

What is a prostate and what is its purpose? The prostate is an organ the size of a chestnut and, along with the testicles, is one of the male reproductive organs. It is located below the peritoneum in the abdomen behind the pubic symphysis of a man. It borders the bladder and rectum. The urethra passes through the middle of the prostate. Sometimes the prostate is also called the gonad. The prostate is an exocrine gland. Exocrine glands are glands that produce a secretions. In the prostate, secretion is transmitted through the urethra by muscle contractions during ejaculation, where it mixes with the sperm, making about 30% of the ejaculate. The ejaculate then becomes thinner and the sperm more mobile. The prostate is therefore of great importance for a man’s ability to fertilize. The male hormone testosterone is important for stimulating the prostate and for its task – without it, the prostate cannot perform its task properly.

Prostate changes that can occur

The enlarged prostate is a common disease in men. In the vast majority of cases, it is benign and is called benign prostatic hyperplasia (BPH). In a young man around 20 years old, the prostate weighs about 0,7 oz. An increase in prostate size during life is quite normal and it can reach up to 3,5 oz. Many men do not notice this at all and never have prostate problems, while others find the increase uncomfortable. Since the urethra passes through the prostate, an enlarged prostate can lead to narrowing or even closure of these channels. That makes the excretion of urine and secretions from the prostate difficult. Besides, an inflamed prostate is common. The technical term for this is prostatitis. Malignant changes in the prostate occur in old age. Although they are a common disease in older men, the changes are not necessarily a cause for concern. Prostatitis or prostatic hyperplasia as an explanation of problems is benign and therefore harmless. So there is no need to assume the worst. Fortunately, despite the frequency of prostate problems, there are natural dietary supplements that positively affect the prostate. One of them is Regen50.

Symptoms of an enlarged prostate that may occur

Many of the prostate changes do not cause discomfort. However, there are unpleasant symptoms typical of changes in the prostate area. That includes:

As already mentioned, many of these complaints occur as a result of the narrowing of the urethra due to prostate enlargement. The narrowing can lead to absent or unusually weak ejaculation. Younger men who want to have a child with a partner then face fertility problems.

Urinating problems are even more common. This can be a weak stream of urine, an intermittent stream of urine, or the so-called residual urine that remains in the bladder, which benefits the growth of bacteria and can lead to cystitis. This, in turn, can usually be treated with antibiotics but it often repeats if the actual trigger is not treated: an enlarged prostate. Regen50 combines several natural plant extracts that can help with both the symptoms and the cause of complaints.

Due to numerous unpleasant rumors, many men are reluctant to examine their prostate out of fear and shame. In reality, the examination is painless, it is done very quickly and – depending on the sensitivity – there is slight discomfort. The most important diagnostic procedures at the doctor are:

Also, the doctor collects the patient’s medical history and any irregularity that the patient may report, such as symptoms of prostate inflammation and other observations that indicate prostate problems.

When you should do prostate examination?  An examination is desirable from the age of 40, especially if previous cases of prostate diseases are known in the family. In the case of genetic predisposition, prophylactic intake of Regen50 may have a positive effect.

How dangerous prostate changes can be?

Affected men in most cases either never notice the prostate changes or discovers them accidentally, for example during a routine examination. These changes are almost always harmless. As long as they do not cause discomfort, there is no need for therapy.

But they often affect the quality of life. Although it is not dangerous, affected men want to get rid of the symptoms. Both prostatitis and benign prostate enlargement are the most common causes of prostate problems. To increase the quality of life and avoid deterioration, some kind of therapy is usually attributed here as well. Prostate cancer scares many men and the diagnosis should not be taken lightly, let alone ignored. It should be mentioned that the world data have shown that up to 60% of men over the age of 80 have prostate cancer. Affected men often have no problems and do not die from prostate cancer, but years later from another and / or natural cause.

How to treat prostate problems?

Accidental findings of an enlarged prostate that do not show any symptoms often do not need to be treated. But it is monitored whether the disease progresses at all and if so, how fast. Many men want to prevent prostate enlargement and the onset of symptoms. If you have cancer, prostate surgery may be an option. Radiation therapy is also used as an alternative or adjunct and no surgical intervention is required. Hormone therapy and chemotherapy are also possible if you have a serious illness. But what if the problem is not a malignant prostate change?

Prostatitis is usually treated with antibiotics. Also, analgesics and anti-inflammatory drugs are prescribed.

What helps with an enlarged prostate? Even with benign enlargements, the size of the prostate can be reduced by surgery. The procedure is performed rarely. 5-alpha reductase inhibitors inhibit testosterone production and thus glandular tissue growth. Regen50 also works effectively against changes in the prostate. Phytosterols are especially promising. This substance of plant origin can be found in the pollen of nettles, pumpkins, rye, and palmetto leaves.

How can Regen50 from Nutrilago help?

Regen50 combines several natural plant extracts whose positive effects on the prostate have been proven. The capsules contain effective extracts from pumpkin seeds, palm leaves, and African plum. Vitamin B6, E, and C, as well as magnesium and zinc complete the action of Regen50. In this way, Regen50 operates on several levels simultaneously. This includes effects on BPH, enlarged prostate, and related problems such as erectile dysfunction. Also, it helps maintain normal libido levels. Regen50 can even be safely taken to prevent prostate cancer.

Learn more about the most common prostate disease> 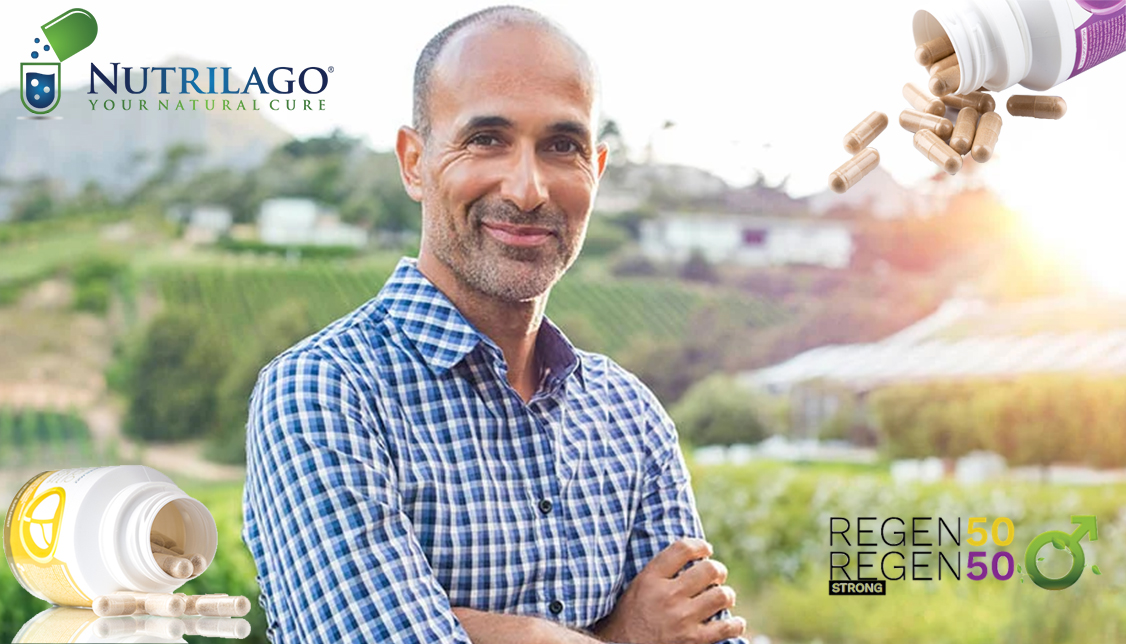 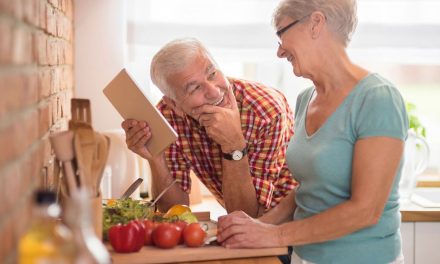 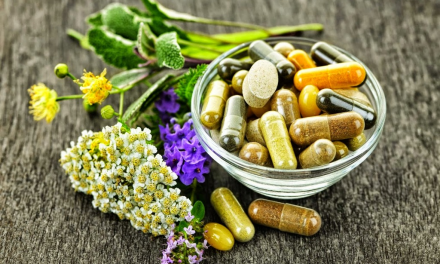 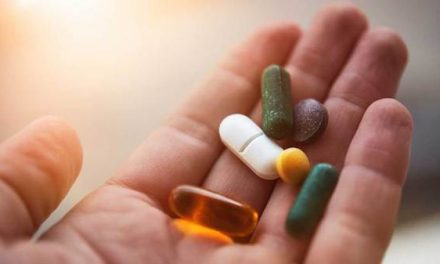 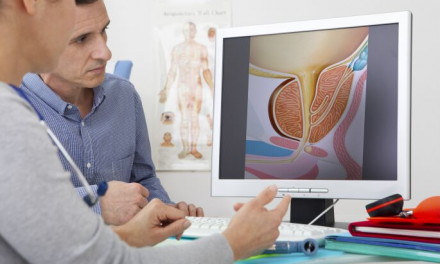